The Australian Institute of Sport’s new Female Performance and Health Initiative (FPHI) will have a huge impact on the future success and wellbeing of female athletes. 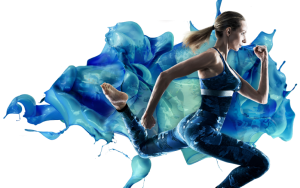 Two-time freestyle aerial skiing world champion Laura Peel says the conversations being sparked by the Australian Institute of Sport’s new Female Performance and Health Initiative (FPHI) will have a huge impact on the future success and wellbeing of female athletes.

Peel added her voice and personal experience to a webinar held to launch the FPHI, which shines a light on female health and how it impacts the performance of athletes.

The AIS partnered with subject matter experts and high-performance athletes and coaches to develop the suite of online learning modules that make up the FPHI.

The initial seven modules now available on the AIS website focus on the menstrual cycle, menstrual abnormalities, puberty, and hormonal contraception, topics Peel admits that she has spent little time examining during her sporting career.

“Elite athletes spend so much time, energy, effort and even money trying to find that edge, the one per cent.”

“But we have this entire part of ourselves that has more or less been left untapped. As an athlete, I have never considered that female health considerations may help me in my performance, and I don’t know a lot of athletes who have done so.

“I think if we started to approach female health more as something that we could use to our advantage, rather than that we need to overcome it, then I think there’s a lot of possibilities and I think it’s exciting to see some more progress in female sport.”

“The AIS FPHI was developed as a result of overwhelming need in the Australian high-performance sport environment for better support and management of our female athletes.”

“Overwhelmingly we heard athletes and coaches were unsure where to go to for relevant information and we have aimed to make the FPHI website a one-stop-shop.

“The aim is to help assist athletes understand that these issues are normal and it’s OK to ask for help. Normalisation of these subjects will encourage future athletes to understand their unique physiology and open up conversations.”

Joining Dr Harris and Peel on the FPHI webinar panel were AusCycling’s Olympic Fast Track Program Head Lynne Munro and Hockey Australia’s Acting Athlete Wellbeing and Engagement Manager Rohan McHugh, both of whom have already seen big benefits from the conversations started by the AIS’s initiative.

“I think any level of understanding that we can get about this is going to help with camaraderie and cohesion.”

“We’ve already seen that some of our female athletes, who may have been a little bit apprehensive to have the conversation, when they sat down and Dr Rachel Harris presented to them it opened up a number of conversations.

“Athletes can see the staff are really investing in this and really educating themselves and are much more comfortable to have a conversation.”

“It’s about understanding and encouraging women athletes to be uniquely themselves.”

“The important work, led by the AIS in partnership with many sporting organisations and the National Institute Network, paves the way for female health to be researched and understood by role holders across all levels and areas of Australian high-performance sport.”

A second phase of the FPHI coaching and medical practitioner modules will be released later this year, with other topics such as pelvic floor health and relative energy deficiency to also be included. For more information about the FPHI modules, visit www.ais.gov.au/fphi/education