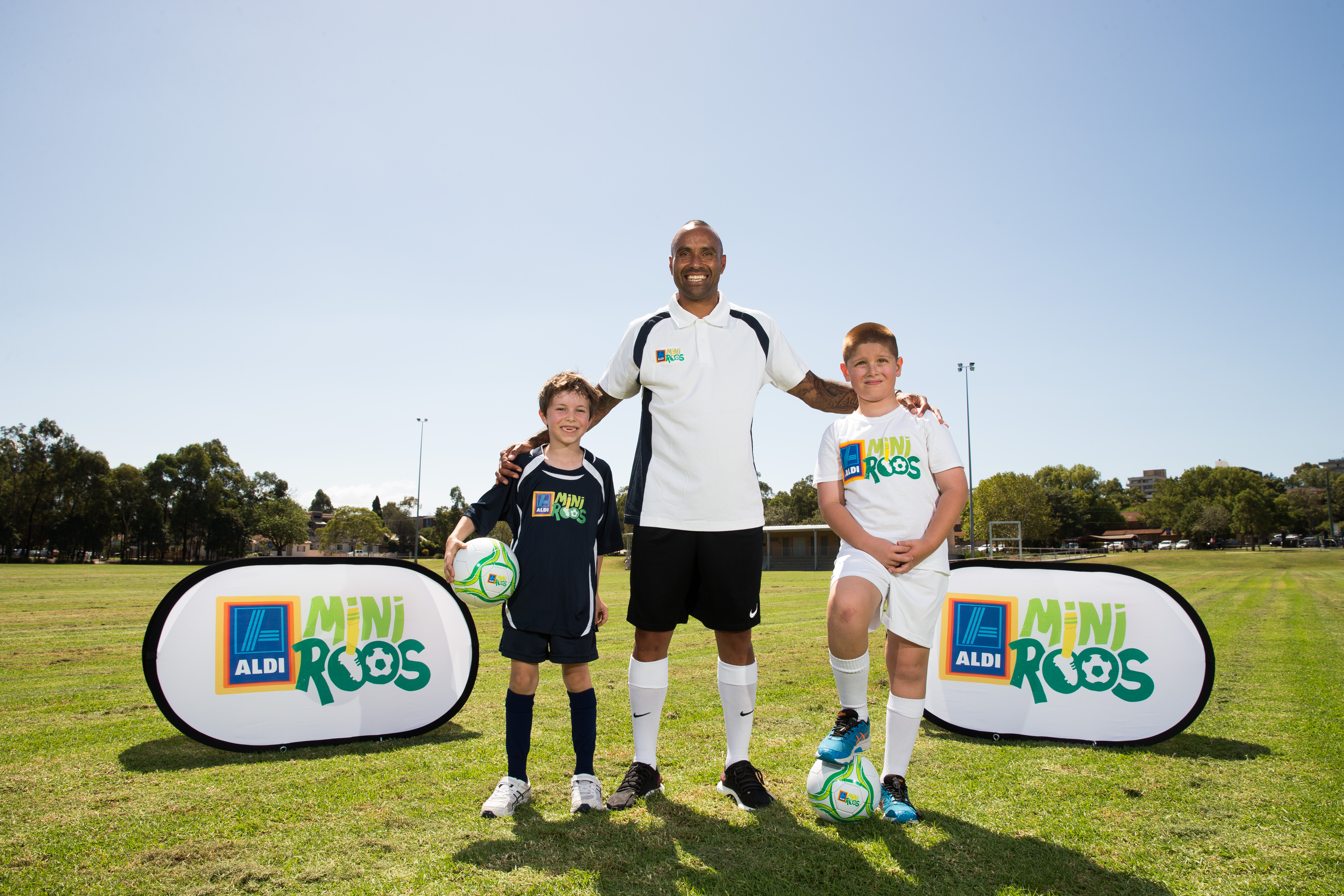 According to Socceroos’ Chef & Nutritionist, VinТcius Capovilla, nutrition is essential for providing fuel and energy before heading out on to the field, as well as boosting the recovery process after exercising.

“As the Socceroos get ready to play our final World Cup qualifier, my team and I are responsible for making sure each player enjoys a balanced diet to help them achieve their best on the field,” said Capovilla “I want to help active kids across Australia in a similar way with the ALDI MiniRoos Mighty Menu. Many parents are still confused when it comes to providing their children with the right amount of nutrients to meet their day-to-day energy needs. In particular, kids who perform regular physical activity and practise sport require a higher intake of nutrients such as proteins, amino acids, healthy fats, carbohydrates, vitamins and minerals. The ALDI MiniRoos Mighty Menu is strategically designed with this in mind.”

“As a father of two and a football player, I know first-hand how important it is to eat the right foods before a big game or even before practice,” said Thompson. “Some of my favourite recipes from the ALDI MiniRoos Mighty Menu are the Oatmeal Pancakes, Tuna Pasta Salad and Chicken Meatballs with Vegetable Skewers. The Cocotte Eggs are also ideal before Saturday morning sport, and my kids love them!”

The ALDI MiniRoos Mighty Menu has been created using products exclusive to ALDI, showing parents that delicious, healthy and nutritious recipes can be affordable.

“At ALDI, we want to give parents the peace of mind that feeding their children nutritious meals with high quality ingredients is easy, and doesn’t have to cost a fortune,” said an ALDI Australia spokesperson. “As the first and only major supermarket in Australia with no artificial colours storewide, parents can also be confident that they’re providing their family with only the best when they shop with us.”

This is the first year ALDI has been the official sponsor of the Football Federation Australia’s (FFA) ALDI MiniRoos, the biggest junior football program in the country. Through this partnership, ALDI is expanding its commitment to providing families with great quality healthy products, at everyday low prices.

Known as Vini, the Caltex Socceroos’ Chef & Nutritionist, VinТcius Capovilla, has worked with the Australian National Football team since the Brazil World Cup in 2014. He has also worked with the team during the 2015 Asian Cup Championship held in Australia and at the Russian Confederations Cup in 2017. Vini has was also the Chef for the Westfield Matildas 2016 Rio de Janeiro Olympic Games campaign. Vini studied a Bachelor in Biology and graduated in Switzerland in Culinary with a specialisation in sports nutrition.

ALDI MiniRoos is designed for kids of all abilities, aged 4 – 11 years. The nationwide initiative uses short, game-based sessions to introduce the sport of football to newcomers in an inclusive way. It focuses on learning new skills, being active, making life-long friends and, potentially, unearthing the next generation of Caltex Socceroos or Westfield Matildas. There are over 220,000 youngsters playing ALDI MiniRoos football across Australia.