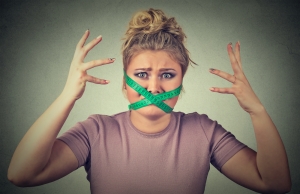 Australian researchers are seeking more than 3,500 volunteers with first-hand experience of eating disorders to enrol in the local arm of the world’s largest ever genetic investigation into the complex, devastating illnesses.

According to an EDGI investigator article just published in MJA Insight,1 EDGI will further the significant advances made in a recent, international collaborative study – Anorexia Nervosa Genetics Initiative (ANGI) – in order to revolutionise future research into the causes, treatment and prevention of eating disorders.

“Identifying the genes that predispose individuals to the development of an eating disorder is like assembling a jigsaw puzzle. The more pieces we have on the table, the clearer the biological picture of the underlying causes of the disorder, and the better the chance of developing new and improved, personalised interventions and treatments.”

“Genetically, our preliminary ANGI research, which compared 17,000 participants with more than 55,000 controls from 17 countries, revealed both psychiatric and metabolic origins to anorexia nervosa, explaining why people living with the disorder struggle to gain weight, despite their best efforts. The study also identified eight genetic variants significantly associated with anorexia nervosa.2

“Our new study, EDGI, offers us a unique opportunity to further investigate the complex interplay of genetic and environmental factors that contribute to eating disorders, in order to improve treatments, and save lives.”

Eating disorders are complex mental illnesses that for some, can lead to severe and permanent physical complications, and even death.3 While various studies have explored one’s genetic predisposition to developing an eating disorder, only a handful of the responsible genes have been identified to date, leaving many more to be found.

“We are looking for any Australians, aged 13 and over, with first-hand experience of an eating disorder, to volunteer for this important genetics study.”

Volunteers need to be aged 13 years or over* and have currently, or at any point in their lives experienced, anorexia nervosa, bulimia nervosa or binge eating disorder.

To learn more, or to register for the study:

“Decades of family and twin studies have confirmed that eating disorders run in families due to genetic factors.”4

Breakthroughs made possible with genome-wide association studies (GWAS), such as EDGI, use postage stamp-sized ‘genetic chips’ to allow analysis of up to one million genetic markers.5 These markers investigate single letter variations in the DNA (A,C,G,T – the building blocks of DNA) across all 23 chromosomes.6

“Comparing the saliva samples of EDGI participants to samples collected for other disorders, will also help us to understand the common conditions co-occurring with eating disorders, including obsessive-compulsive disorder, depression, anxiety, substance abuse disorders and personality disorders.”7,9,10

According to Clinical Psychologist and Director of the InsideOut Institute for Eating Disorders, Dr Sarah Maguire, Sydney, eating disorders are not a choice, but rather, serious illnesses11 that can cause significant distress, and affect the lives of individuals, their partners, families, carers and friends.12Concerningly, eating disorders have one of the highest mortality rates of any mental illness.9,13,14

“For far too long, eating disorders have been perceived as illnesses that pivot around the external; a physical ideal and pursuit of beauty or body image. In reality however, eating disorders are mental illnesses driven by what is going on in the mind, and involve a complex interplay of environmental and genetic factors.”

Office manager and opera singer, Stephanie, 30, Sydney fought anorexia nervosa for more than half of her life. Her battle with disordered eating began at the age of 15. Terrified of starting high school, Stephanie found comfort in the feeling of hunger.

“Anorexia nervosa is something that enters so quietly and takes over your entire life. You become really selfish and before you know it, you’ve given up everything, and you’ve got nothing to show for it.”

In May 2005, following her diagnosis with the mental illness, Stephanie underwent a year of rehabilitation, which included gaining weight, at a Melbourne outpatient’s centre for eating disorders.

Much to Stephanie’s dismay, her treating health professional team released her from rehabilitation, considering her to be well enough to continue to mount her own recovery.

Towards the end of 2015, having spent 10 arduous years battling anorexia nervosa, Stephanie finally determined her life was too precious to live under the “list of rules” controlled by her illness, and subsequently began her journey toward recovery.

Today, Stephanie is hoping her contribution to EDGI will help others living with, or predisposed to developing eating disorders.

“If the EDGI researchers can identify the genes that cause eating disorders, this could help to improve treatment, and most importantly, save lives. It’s an amazing study to be contributing to.”

Should you suspect that you, or a loved one, may be living with an eating disorder, speak to your local healthcare practitioner without delay, or head to insideoutinstitute.org.au to complete their screener and assessment, and to access more information and professional support.

*Children aged 13 to 17 years wishing to volunteer for the study must be supervised by a guardian.

Walk for Prems – One Walk, a Thousand Locations
Scroll to top