There could be less sugar in our non-alcoholic drinks by 2025. 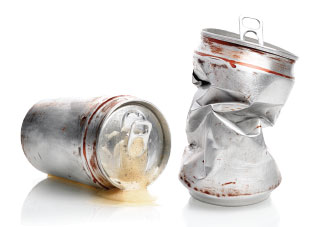 Today, the Australian Beverages Council announced its members – Australia’s largest non-alcoholic drinks companies – would commit to cut sugar across the industry by 20 per cent by 2025.

Members of Deakin University’s Global Obesity Centre, in the School of Health and Social Development, are available to comment to media on the decision this afternoon.

“We welcome steps by the industry to reduce the sugar content of non-alcoholic beverages, but this pledge should be taken in context.”

“We know that sugary drink consumption in Australia has been declining since 2016, and it is likely that the industry has already met or is close to meeting the promised targets. So it’s possible that much of what they’re promising is really just business as usual. This needs very close monitoring.”

“Importantly, we know that despite some recent reductions overall, sugary drink consumption remains very high in Australia, and particularly for some population groups, for example young men.”

“The close relationship between the Australian Beverages Council and the Federal Government is potentially a major concern for public health. Previous analysis of Australian Beverages Council documents has shown that they have actively lobbied against a tax on sugary drinks – a measure that has been shown to be effective in several other countries.”

“This pledge is likely to be a further attempt by the industry to stave off a tax on sugary drinks.”

“We welcome the announcement of the Australian Beverage Council. But this commitment should be embedded in a system like the Healthy Food Partnership with independent monitoring and accountability mechanisms so that it does not become an empty commitment designed to delay any action on a sugar tax.”

“Australians consume too much sugar, predominantly from sugary drinks. Additional measures to reduce sugary drink consumption are still needed and this reformulation announcement should not be used as an attempt to tone down other interventions and policies to reduce consumption in Australia.”

“Evidence shows that sweet drink consumption (regardless of the sugar content) increases taste preferences for other sweet foods and low sugar alternatives still increase risk of dental decay (one in two 12-year-olds have dental decay in their adult teeth) – hence why other measures to reduce consumption are still required.”

There’s a growing number of health centres taking proactive moves to reduce the sugary drink options that they provide in their facilities, so it will be interesting to see the impact that this particular move has on our industry and the community.

Stock up on Aeromic and save