The Australian Capital Territory has Australia‘s most active adults according to Sport Australia’s latest AusPlay survey results that identify sport and physical activity habits across the country. 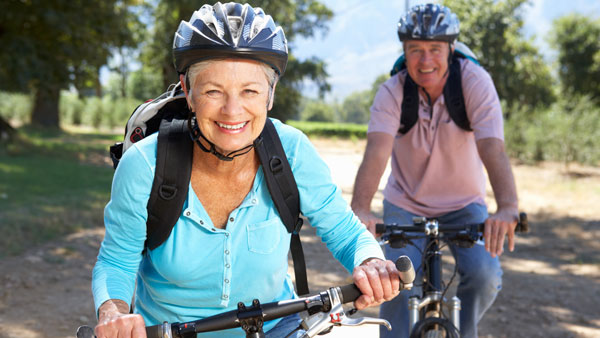 In 2018/19, some 87.8 per cent of Canberrans aged 15 or over participated in sport or physical activity at least once a week, above the national rate of 82.3 per cent. More than two-thirds (69.1 per cent) of ACT adults participated at least three times a week.

“The latest AusPlay results show that almost 13 million Australians (62.9 per cent) aged 15 or over participate in sport or physical activity at least three times a week. Almost 60 per cent of Australian children are active at least once a week in organised activities outside school,” Ms Palmer said.

“We want to see that increase because we know the physical, mental and social benefits that being active provides.

“Sport Australia’s national Find Your 30 campaign encourages all Australians to get active for at least 30 minutes every day. Of course, the recommended activity levels for children are one hour a day, so that may be 30 minutes at school and 30 minutes at home.

“The Find Your 30 campaign is complemented by a suite of programs that encourages everyone to be active for life, from children to older Australians.

“The Australian Government’s national sport plan, Sport 2030, has set a long term goal for Australia to become the world’s most active and healthy nation. We have accomplished a lot so far, but there is far more to do if we are to continue to get Australia moving and achieve our vision.

“Sport Australia works hand in glove with sporting organisations and physical activity providers across the country to drive participation. No matter what state or territory you live in, there are endless options to be active. The key is finding something that you enjoy.”

In terms of participation per capita across all ages, Victoria has the highest proportion of tennis players, New South Wales in swimming, Northern Territory in yoga, South Australia leads in netball, Western Australia in hockey, Tasmania in recreational walking, Queensland in rugby league and the ACT in football.

AusPlay shows that recreational walking continues to be the most popular activity across the nation, with almost 9 million Australian adults making it part of a physically active lifestyle.

Swimming is the organised activity of choice for a large proportion of Australian children aged 0-14, ahead of football and gymnastics.

AusPlay provides the sport sector with vital insights into the physical activity behaviours of adults and children and criticial evidence to inform strategies to grow participation.

More than 75,000 telephone interviews have been conducted with Australian adults across all states and territories since AusPlay launched in October 2015.

Sport Australia is the Australian Government’s lead sport agency. Our vision is for Australia to be the world’s most active sporting nation, known for its integrity, sporting success and world leading sports industry. Our mission is to enable more Australians to move more often, to build the capability of sport through a robust, connected industry and to engender national pride and inspiration through achieving international sporting success.

* Estimate has relative margin of error between 50% and 100% and should be used with caution.