Body Fit Training have announced that they have won the 2020 Franchise of the Year award for APAC at the Fit Summit this year. 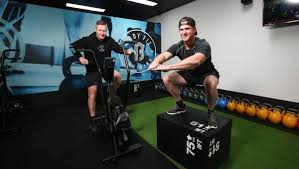 The award was voted by 93 judges, all industry leaders, which saw Body Fit Training come out run first place, following by Snap Fitness in second place and F45 Training in third. The win came about due to the huge 2020 they managed to achieve despite national lockdowns. Key Stats

“As professional athletes, we have access to the best training methods out there. What we see and love about BFT is that those same elite programming methods are now accessible to anyone at any fitness level. The combination of cardio workouts, strength and conditioning elements, along with the progressive programming, is something we haven’t seen anywhere else.”

BFT is the fastest growing fitness community in Australia and they are quickly expanding into global fitness markets with studios in Singapore, New Zealand and the US. They use science and technology to drive positive outcomes for people at all fitness levels and the 50- minute sessions are programmed to help reduce fat and create lean muscle.

Fitness Australia Urges all Victorians not to Forget the Importance of Physical...