If meals with your children are ruled by what they refuse to eat, consider a UNSW Sydney dietitian’s advice on how to tackle fussy eating and win mealtime back. 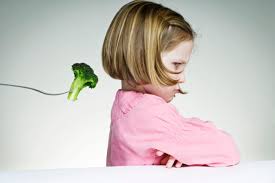 There is no strict definition of what makes a child a fussy eater, but it’s something parents should know how to tackle – and in rare cases it might be a sign of an underlying condition, a paediatric clinical dietitian at UNSW Sydney says.

Dr Jennifer Cohen of UNSW Medicine has been working in childhood nutrition for more than 15 years, specialising in paediatric oncology nutrition – children’s diets during cancer treatment.

She is also the mother of a six-year-old and eight-year-old and said fussy eating was part of regular childhood development.

“It’s actually normal for a child to go through a fussy eating stage; up to 50 per cent of kids between one to two years old will be fussy eaters at some stage. We call that behavioural fussy eating and the theory behind why it happens is at that age, their growth has slowed down.”

“A child’s body is focusing on more mental development – talking, walking, becoming physically active. The theory is kids don’t need as much food – they’re not as hungry because they’re not growing as much.

“A related theory is that while there’s so much brain development going on, the sensory system almost shuts down and because eating is such a sensory experience – involving taste, touch, smell, sound – if your brain is occupied with other tasks rather than the senses, food just doesn’t taste as good or is not as enjoyable as it used to be.”

Dr Cohen said the one to two-year-old age group featured the “perfect storm” of factors leading to behavioural fussy eating.

“To add to the changes going on in their body, we also have a toddler’s assertiveness to consider: it’s like trying to get your child dressed and to put their shoes on – the more you want them to do it, the less likely they’re going to comply,” she said.

“So, it’s not unusual for a child who used to eat everything – textured and solid foods – to suddenly become a fussy eater at one to two years of age.

“While there is no formal definition of fussy eating, we tend to say it’s if a child is eating a low variety of foods – fewer than 20 different foods – or if they are removing entire food groups, such as vegetables or meat.”

Dr Cohen said parents needed to watch out for children who were fussy eaters from the moment they started on solid foods, including those who tended to remove foods but never went back to eating them.

“A child starts eating solid foods from four to six months old and they might take pureed food, but some can never take more than puree. Potentially, that’s because they haven’t learnt how to chew and swallow. If a child hasn’t learnt that, they will be unable to take more solid foods,” she said.

“There are multiple reasons why a child has not learnt how to chew and swallow; for example, some kids are highly sensitive to smells or touch and because food is such a sensory experience, eating certain foods might be unpleasant to them.

“So, there are many reasons for fussy eating but for kids who are fussy from day one, there are more likely to be other factors at play.”

“It’s an unfortunate number, but fussy eating can persist and it can become a problem if it turns into food aversion and that leads to food phobia. If someone has food phobia they are scared of food and to reverse that is very difficult. Sensory issues are also a challenge to rectify.”

“But it’s rare for fussy eating to hinder a child’s growth or develop into a condition as serious as scurvy, for example, which is a disease caused by nutritional deficiency of vitamin C from not eating fruit or vegetables.

“Generally, fussy eaters will still consume enough calories – they’re just not getting it from a good variety of food. So, the more common scenario in fussy eaters is to see things like nutrient deficiencies; for example, iron or zinc deficiencies can be a big problem or, if a child is not eating meat or dairy, they could become deficient in vitamin B12.”

Dr Cohen said about 10 per cent of children never grew out of fussy eating and remained picky eaters into adulthood.

“It’s an unfortunate number, but fussy eating can persist and it can become a problem if it turns into food aversion and that leads to food phobia. If someone has food phobia they are scared of food and to reverse that is very difficult. Sensory issues are also a challenge to rectify.”

“But it’s rare for fussy eating to hinder a child’s growth or develop into a condition as serious as scurvy, for example, which is a disease caused by nutritional deficiency of vitamin C from not eating fruit or vegetables.

“Generally, fussy eaters will still consume enough calories – they’re just not getting it from a good variety of food. So, the more common scenario in fussy eaters is to see things like nutrient deficiencies; for example, iron or zinc deficiencies can be a big problem or, if a child is not eating meat or dairy, they could become deficient in vitamin B12.”

Dr Cohen said paediatricians or dieticians usually detected such nutrient deficiencies before they developed into a bigger problem, however, and they advised at-risk children to take multivitamin supplements.

While fussy eating is part of normal childhood development, there are some suggestions parents can try to ensure it does not become a habit.

1.    Pureed food is optional: Introduce textured and finger foods to children when they start eating solids – for example, bite-size pieces of soft fruit and vegetables. Or, skip pureed food altogether – omitting or quickly moving on from it will help a child’s development.

2.    Never mask flavours: Introduce your child to a good variety of flavours and don’t combine flavours. For example, avoid making a savoury, spicy or aromatic food more appealing by adding sweetness because then a child will prefer sweet flavours. So, ensure your child is eating similar flavours to the rest of the family.

3.    Avoid negativity: Never force your child to eat food they reject because negative reinforcement and “just take one more bite” messaging about food could potentially lead to food aversion. The same tip applies to describing food as “healthy/unhealthy” or “good/bad” and using food as a reward – for example, saying: “if you eat your vegetables you can have dessert” – because this demonises one food while it puts another food on a pedestal. Placing too much value in food can be problematic.

4.    New experiences are key: Regularly introduce your child to new foods, flavours and textures – even if they refuse to eat their portion – and they might eventually decide to try those new foods.

5.    Intervene early: Never assume your child will grow out of fussy eating. If it’s clearly a problem as soon as they start solid foods, consult a professional to assess for sensory or swallowing issues.

If your child has already developed into a fussy eater and is consuming fewer and fewer different foods, below are some ideas for parents to try in order to break the cycle.

1.    Practice the division of responsibility: Your job at mealtimes is to provide the food you want your child to eat and when and where the meal is. It is the child’s job to decide whether they eat or not.

2.    Eat together as a family: Study after study shows that when parents eat food in front of their children, their child is more likely to want to eat that food. Eating together as a family is a great way to model good eating habits to fussy eaters. If you are eating, it will be easier to ignore your fussy eater when they refuse to eat the meal. Eating together also gives you a chance to be a role model for good eating habits.

3.    Considered not catered meals: Never cook separate meals to cater for your fussy eater and never assume your fussy eater “can just starve” if they refuse food – eating that food might be stressful and they might be physically unable to eat it. So, ensure each meal has some foods your fussy eater will eat, as well as new foods in order to regularly expose your child to something different. The same tip applies to lunchboxes.

4.    Family-style meals: New foods on a plate in front of a fussy eater can be stressful to them. Instead, place food in the centre of the table and let your child choose their own food. This is less stressful because it exposes the child to new foods without forcing them to eat those foods.

5.    Playing with food: Having your fussy eater take a bite of food is the last step in helping them. Allowing them to play with food lets your fussy eater feel comfortable with new foods and takes the stress away. They might even lick their fingers afterwards.

Be patient – you’re in it for the long haul

Dr Cohen said it was also important for parents to remember that fussy eating was not something which could be dealt with overnight.

“Reversing fussy eating takes a lot of time and a lot of patience; there’s no quick fix. There are many, many steps to take to get your child to eat a vegetable they don’t like; aim for the small wins.”

“I like to say to my kids that food is about helping our bodies grow and be strong, or to help them at school or play sport. And it’s okay if they don’t eat because they’re full or are not hungry – teaching your child how to listen to their body’s cues is so important.”

Walk for Prems – One Walk, a Thousand Locations