Could you scale Melbourne’s tallest building on Sunday 19 November, 2017? 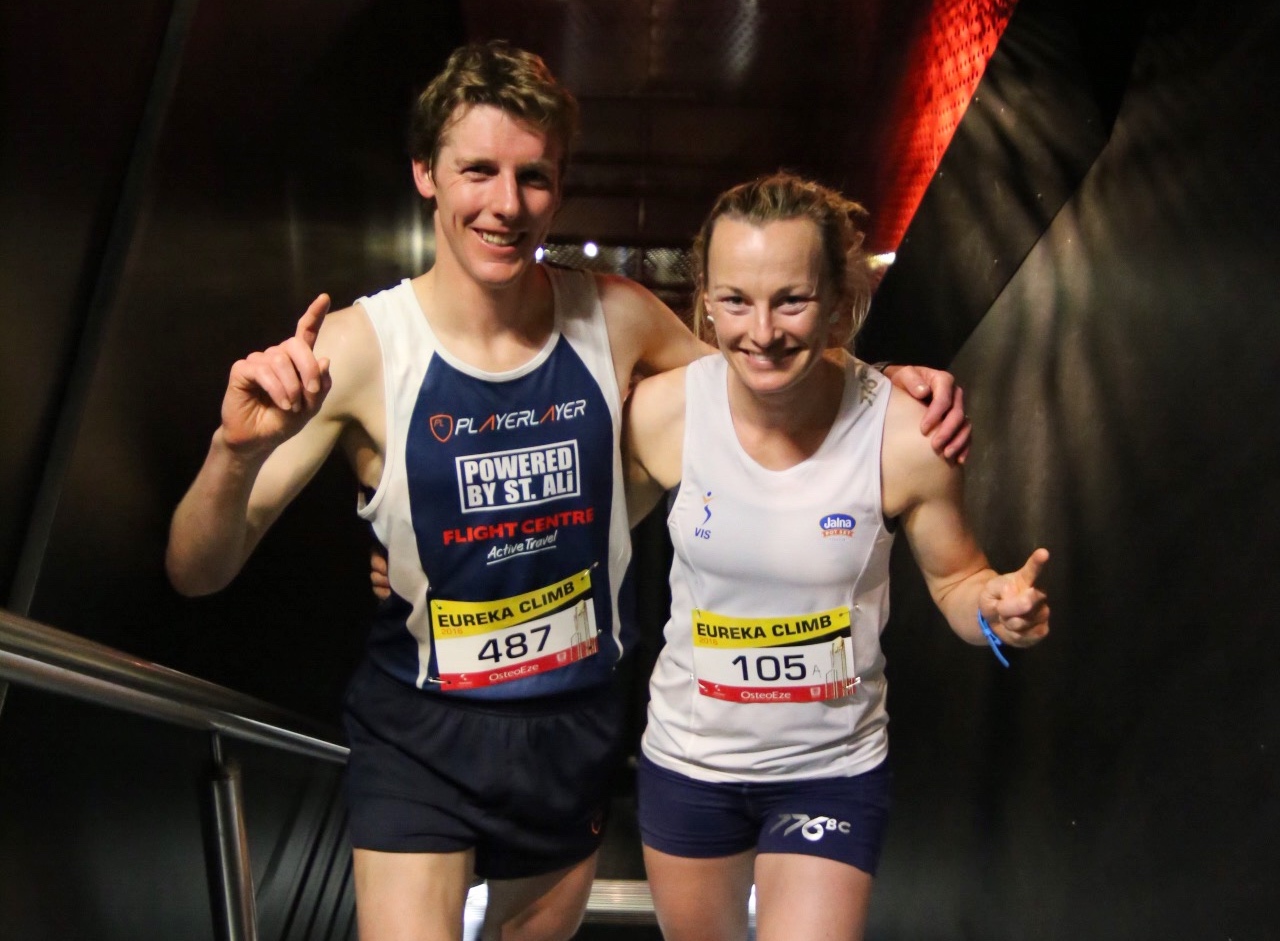 The tenth anniversary of the race to the top of Melbourne’s tallest building will see participants from all over Australia and overseas raise much needed funds for charity partners Whitelion and Interplast.

As well as earning the ultimate view from the top of the Eureka Tower on Sunday 19 November, 2017.

One of the highest vertical races in the world, the annual Eureka Climb challenges participants with 88 levels and 300m of vertical elevation.

Eureka Climb will see participants walking, running or climbing the 1,642 stairs to level 88’s Skydeck – the highest observation deck in the Southern Hemisphere. Participants can enter individually or create a team of four.

Defending champion Mark Bourne, who has won the last six events in a row and holds the record in the Elite Men’s category, will be back to defend his title.

Female record holder Alice McNamara, who won the Elite Women’s category from 2010 to 2012 and 2014 to 2016 will also return to try and capture her seventh title.

The crowd favourite – ‘The Emergency Service Challenge’ will be even more competitive this year with the Ambulance Services, SES and Victoria Police teams even more committed to catching Melbourne Fire Brigade’s ‘Recue Me’ team who are unbeaten in this category.

Open to everyone aged 12 years old and older, and all fitness levels, the Eureka Climb, in Southbank, Melbourne, starts at 7am with staggered start times available throughout the day.

The unique fundraiser helps raise money for disadvantaged people at home and abroad for charity partners Whitelion and Interplast Australia and New Zealand.

Last year’s event raised over $260,000 and this year’s target is even higher!

Registration for the event is now open and climbers can register online at www.eurekaclimb.com.au