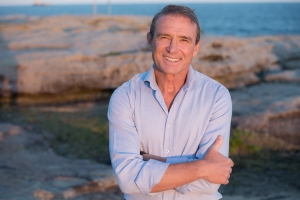 FILEX will proudly put Active Aging at the centre of its agenda for its upcoming Virtual Summit, running exclusively online on Friday 30 April and Saturday 1 May.

Older people make up a considerable proportion of Australia’s population – in 2017 15% of Australians (3.8 million) were aged 65 and over and with a strong industry appetite for active ageing content world-class line up of speakers have been confirmed to talk to the importance of working with older populations and how best to engage with them to improve their quality of life as they age.

The FILEX Virtual Summits are a truly a global event, with Australian specialists joining international experts in the most important Active Aging agenda the country has ever seen.

To punctuate this event, day one will be closed with a keynote address by Pat Farmer, one of the world’s most inspirational and engaging motivational speakers. Farmer is a multiple world record holder for endurance running and at the age of 59 there is no sign of him stopping. He has run from the North Pole to the South Pole, the length of India and Vietnam, through the Middle East, and across and around Australia with a relay event from Broken Hill to Byron Bay now in his sights. Farmer is a current Board Member of Sport Australia and in 2000 was the winner of Achiever of the Year, awarded by Prime Minister, John Howard and he was named National Geographic’s Adventurer of the Year (2012).

“Active Aging is not just about exercising into old age, it’s about creating full wellness programs that keep people engaged with fitness and their fitness communities.”

“Finding the right experts was key. We wanted evidence-based, yet inspirational content, which is never easy. But as the program shows we have nailed it.”

Heath Jones, Gee Tual and Sally Castell bring a local sensibility and context to the agenda, and they are joined by several international experts. Day one will be kicked off by Christine Conti (US) discussing arthritis exercise integration and will be followed closely by Dr. Mark P Kelly (US), who will talk about beating osteoporosis with nutrition and exercise. Debra Atkinson (US) will share her expertise on the stages of menopause and exercise intervention on day two.

As well as Active Aging, FILEX Virtual Summit, which comes with 10 CECs, will also run streams on Business of Training and Programming Trends, making up an incredible and innovative program that begins FILEX’s 2021 events calendar, which includes both online and face-to-face summits.