Fitness is most popular physical activity globally according to study by Ipsos for the World Economic Forum. 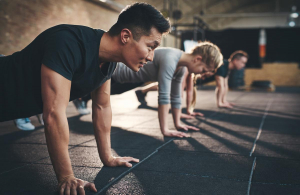 Fitness is the world’s most popular physical activity and more than 50 per cent of people would like to spend more time exercising.

The figures come from the new Global Views on Exercise and Team Sports study by Ipsos – conducted with the World Economic Forum – which explores attitudes to physical activity and sport in 29 nations.

Among the report’s findings were that the five most frequently practiced team sports and activities in a normal week are fitness (20 per cent of those questioned), running (19 per cent), cycling (13 per cent), Football/soccer (10 per cent) and swimming (9 per cent).

It also showed that almost six in ten citizens across the 29 markets say they would like to do more exercise (58 per cent), with the biggest obstacle being lack of time (37 per cent).

The study also throws up interesting geographical and cultural differences when it comes to barriers to physical activity.

People in Turkey and Argentina cited a lack of money (33 per cent and 30 per cent respectively) as the main barrier to taking part, while citizens of Saudi Arabia and South Africa were most likely (38 per cent) to say the weather was too hot.

Meanwhile, 40 per cent of the Japanese say there are no barriers and that they simply do not want to exercise.

People from the Netherlands are the most physically active of the 29 nations studied, spending 12.8 hours a week – almost two hours per day – doing physical exercise or team sports.

The figure is nearly double the average of 6.1 hours per week recorded in the study globally.

When it comes to differences between genders across the 29 countries, men spend, on average, 6.9 hours per week doing physical activity – almost an hour a day.

“These are the results of a 29-country survey conducted using the Ipsos Global Advisor online platform.

“When it came to barriers to exercise globally, we found that a lack of time was the biggest hindrance – followed by a lack of money (cited by 18 per cent) and the weather being too hot or too cold (17 per cent).

“Just over one in five (22 per cent) say there are no barriers to their participation in exercise.”