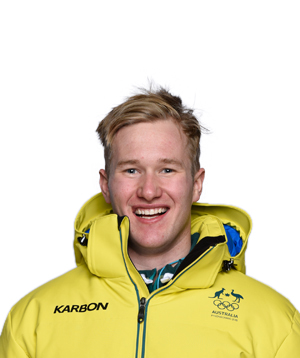 Hughes, who has overcome five operations on his left knee, shook his arms in celebration as he crossed the finish line second to France’s Pierre Vaultier in the snowboard cross final. It was Australia’s third medal of the PyeongChang Winter Olympics, already equalling Australia’s medal haul at Sochi 2014.

Australia’s Alex ‘Chumpy’ Pullin also made the six-man final and was unable to finish after a crash, while Cameron Bolton also finished in the top 10 and completed his final race with a badly injured wrist from an earlier crash.

“It was fantastic to see Jarryd and his family celebrate that performance because it’s a story of persistence, resilience and courage against adversity,” Palmer said. “Jarryd personifies our Aussie athletes who are made of tough stuff, because snowboard cross is a rough-and-tumble sport. We saw how cruel the sport can be with crashes to Chumpy, Cameron and Australia’s Adam Lambert. Cameron was physically ill due to his wrist injury. But they all picked themselves up and we know they’ll continue to carry on.”

“To have four great Olympic competitors in the same sport, pushing each other on, it creates a natural competitive environment for development. That’s team rivalry and camaraderie can drive progress and create medal-winning performances like we celebrated today.”

Hughes, 22, grew up dreaming of being an Olympic swimmer, but has fulfilled his Olympic ambition by becoming Australia’s first medallist in snowboard cross.

“I was so happy to see my parents,” Hughes said. “They have to deal with me. It’s hard work being from Australia and having to travel around the world.”

Demonstrating the up-and-down nature of the sport, Pullin won the semi-final by defeating Hughes and eventual gold medallist Vaultier, Despite crashing in the final, Pullin was proud of his own performance and his Aussie teammates.

“The Aussies have put on a really good front here,” Pullin said. “There are a lot of good teams as a whole but there’s three riders in the top 12 (from Australia) and one with a silver medal which is unreal. It’s huge for the sport. It really is growing in Australia and that’s awesome to see. All in all I’m pumped to have made the final. That was my main goal today. I knew anything could happen from there and when I was there I didn’t hold back so there are no regrets.”