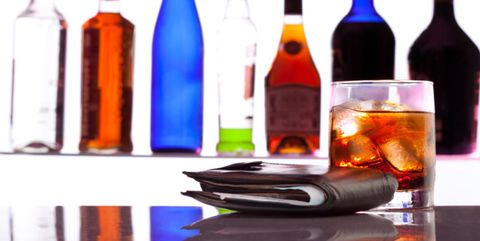 [HEALTH NEWS]  The Public Health Association Australia (PHAA) joined around 70 other health and community organisations this week urging the WA Government to introduce a minimum floor price for alcohol as an important public health initiative.

Alcohol is a leading cause of chronic disease in Australia, responsible for thousands of deaths each year. Alcoholic drinks are readily available at cheap prices in Western Australia, in some cases as low as 24c per standard drink.

PHAA CEO Terry Slevin said, “Cheap alcohol comes at a cost.  West Australians experience concerning levels of harm from their own and others’ drinking. Minimum pricing could be one of the most important steps forward in WA to prevent and reduce problems linked to heavy drinking.”

A major benefit of minimum alcohol pricing is that it is heavy drinkers, particularly those in low income groups, who are likely to see the greatest reduction in alcohol related harm – an important step toward reducing health inequities.

Mr Slevin confirmed, “Minimum pricing only affects the prices of the cheapest alcohol products which are favoured by heavier drinkers. Minimum pricing, therefore, targets the heaviest drinkers across all income groups, while having limited impact on moderate drinkers.”

“Minimum alcohol pricing would bring the greatest benefit to those in the community who are struggling to limit their alcohol intake, and who are experiencing higher rates of illness because of it,” he said.

The report from the WA Alcohol and Youth Action Coalition, The Case for a Minimum (Floor) Price for Alcohol in Western Australia was released this week and outlines how minimum floor pricing would reduce alcohol harms in the community.

The introduction of minimum pricing was a key recommendation put forward by health experts at the WA Preventive Health Summit in March.

“We need to be much more proactive in tackling high levels of drinking in Australia, and that starts with the availability (and marketing) of alcohol in the community. The Northern Territory has just introduced minimum pricing, and PHAA strongly encourages other jurisdictions, including WA, to follow suit,” Mr Slevin said.

There is strong community support for a minimum floor price policy in WA, with 58 per cent of adults supporting the idea. Overseas there has been success with such a policy, with Canada introducing minimum pricing in the 1990s and experiencing reduced drinking, traffic offences, alcohol-related violence, hospital admissions and deaths as a result.