In the midst of a global mental health crisis, millions of people have turned to mindfulness. But does it actually work? 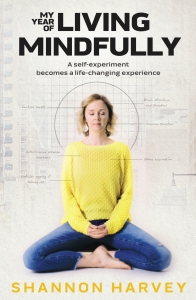 In a world-first experiment, journalist Shannon Harvey recruited a team of scientists to put mindful meditation to the test. But what began as a year-long self-experiment soon became a life-changing experience.

Overwhelmed with insomnia and an incurable autoimmune disease, Shannon Harvey needed to make a change. But while the award-winning health journalist found plenty of recommendations on diet, sleep and exercise, when she looked for the equivalent of a 30-minute workout for her mental wellbeing, there was nothing.

Also worried for the future mental health of her kids, who were growing up amidst critical levels of stress, anxiety, depression and addiction, Shannon enlisted a team of scientists to put meditation to the test. Could learning to quiet our busy minds be the simple solution the world so desperately needs?

During her year of living mindfully Shannon is poked, prodded, scanned and screened. After a 30,000 kilometre journey from Australia to the bright lights of Manhattan and the dusty refugee camps of the Middle East – interviewing the world’s leading mindfulness experts along the way – what begins as a quest for answers transforms into a life-changing experience.

From the director of the internationally acclaimed documentary of the same name, MY YEAR OF LIVING MINDFULLY is filled with compelling stories, groundbreaking science, and unexpected insights that go to the heart of what it means to be human in the twenty-first century.

Prior to starting Elemental Media, Shannon Harvey has worked as a TV, radio and online journalist for organisations such as the ABC and Fairfax. She is the director of the internationally acclaimed documentary, The Connection, which is about the link between our mind, body, and health. She’s also been invited to speak at Google in Silicon Valley and has been featured in Wellbeing Magazine, Women’s Health, on ABC Radio, WNBC, and PBS. Her book The Whole Health Life earned her the National Press Club of Australia’s ‘Health Journalist of the Year’ award.