Perisher has been named, again, as a finalist in the World Ski Awards! 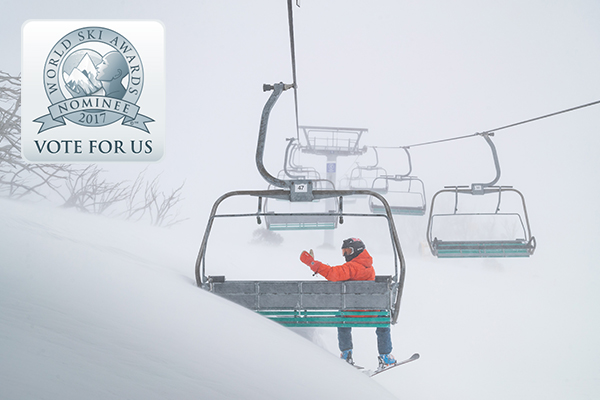 The World Ski Awards is the only global initiative to recognise, reward and celebrate  excellence and reward the best ski tourism organisations all around the world!

Perisher has seen the best snow conditions in 17 years following over 2m of snow falling in August, and a further 180cm through September! Perisher is Australia’s largest and favourite ski resorts with 1,245 hectares of terrain, over 100 groomed runs spread across 47 lifts in Perisher Valley, Blue Cow, Smiggin Holes and Guthega, and seven award-winning terrain parks, including Australia’s only half pipe.

Just a reminder – Perisher won this prestigious title three times in recent years, including 2016. So this year marks the fifth annual World Ski Awards and with so much top notch good stuff in Perisher, it’s no wonder they’re in the running to sweep the title again!

Check out the video below and show your support for this magical winter wonderland, by casting your vote. But hurry, because voting closes on Friday 22 September!