It is well established that exercise improves health, and recent research has shown that exercise benefits the body in different ways, depending on the time of day. 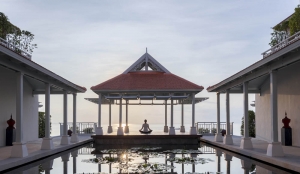 However, scientists still do not know why the timing of exercise produces these different effects. To gain a better understanding, an international team of scientists recently carried out the most comprehensive study to date of exercise performed at different times of the day.

Their research shows how the body produces different health-promoting signaling molecules in an organ-specific manner following exercise depending on the time of day. These signals have a broad impact on health, influencing sleep, memory, exercise performance, and metabolic homeostasis. Their findings were recently published in the journal Cell Metabolism.

“A better understanding of how exercise affects the body at different times of day might help us to maximize the benefits of exercise for people at risk of diseases, such as obesity and type 2 diabetes.”

The team of international scientists wanted a more detailed understanding of this effect, so they carried out a range of experiments on mice that exercised either in the early morning or the late evening. Blood samples and different tissues, including brain, heart, muscle, liver, and fat were collected and analyzed by mass spectrometry. This allowed the scientists to detect hundreds of different metabolites and hormone signaling molecules in each tissue, and to monitor how they were changed by exercising at different times of the day.

The result is an ‘Atlas of Exercise Metabolism’ — a comprehensive map of exercise-induced signaling molecules present in different tissues following exercise at different times of day.

“As this is the first comprehensive study that summarizes time and exercise dependent metabolism over multiple tissues, it is of great value to generate and refine systemic models for metabolism and organ crosstalk.”

New insights include a deeper understanding of how tissues communicate with each other, and how exercise can help to ‘realign’ faulty circadian rhythms in specific tissues — faulty circadian clocks have been linked to increased risks of obesity and type 2 diabetes. Finally, the study identified new exercise-induced signaling molecules in multiple tissues, which need further investigation to understand how they can individually or collectively influence health.

Associate Professor Jonas Thue Treebak from CBMR at the University of Copenhagen, and co-first author of the publication says:

“Not only do we show how different tissues respond to exercise at different times of the day, but we also propose how these responses are connected to induce an orchestrated adaptation that controls systemic energy homeostasis.”

A resource for future exercise research

The study has several limitations. The experiments were carried out in mice. While mice share many common genetic, physiological, and behavioral characteristics with humans, they also have important differences. For example, mice are nocturnal, and the type of exercise was also limited to treadmill running, which can produce different results compared to high-intensity exercise. Finally, the impact of sex, age and disease were not considered in the analysis.

Assistant Professor Shogo Sato from the Department of Biology and the Center for Biological Clocks Research at Texas A&M University, and fellow co-first author says:

“Despite the limitations, it’s an important study that helps to direct further research that can help us better understand how exercise, if timed correctly, can help to improve health.”

Fellow co-first author Kenneth Dyar, Head of Metabolic Physiology from the Helmholtz Diabetes Center at Helmholtz Munich, stressed the utility of the atlas as a comprehensive resource for exercise biologists.

“While our resource provides important new perspectives about energy metabolites and known signaling molecules, this is just the tip of the iceberg. We show some examples of how our data can be mined to identify new tissue and time-specific signaling molecules.”