A new artificial intelligence (AI) and augmented reality (AR) device which recognises and reads the emotional cues of those around us could be a welcome step in combating mental health disorders experienced as a result of COVID-19. 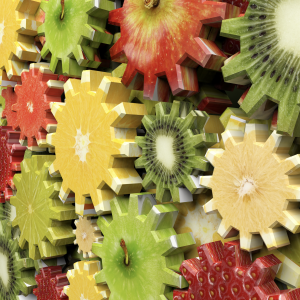 Researchers from Monash University and RMIT have developed a prototype called Neo-Noumena – which is a communicative neuro responsive system that uses brain-computer interfacing to read one’s emotional state and represents them to others through head-mounted displays.
Social isolation has been a necessary measure to protect public health against COVID-19 but it has had a detrimental impact on people’s mental health and their personal relationships whilst at home.
Recognising facial expressions, a person’s tone of voice or their body language can explain a lot about the emotions of another person. Understanding these emotions can help us all recognise and appropriately respond to how our family members or housemates are feeling in isolation.
Project lead, Professor Florian ‘Floyd’ Mueller, Director of the Exertion Games Lab in Monash University’s Faculty of Information Technology (IT), says this technology has the potential to expand our capabilities in emotional communication.
Professor Mueller said:

“There is currently a lack of research which supports face-to-face emotional communication in everyday contexts. By using advanced technologies such as AI, AR, mobile electroencephalography (EEG) and mixed reality, we’re able to assess neurogenic emotion in real-time and display this digital content in a physical space.”
“Neo-Noumena also has the possibility to assist people with autism to support their emotional communication ability as well as patients in therapy or rehabilitation, to better understand how they’re responding to treatment.”

“During our field research, volunteers wore the AI-driven system for several days and began to use the system to talk to one another about how they were feeling.”
“Over time participants also reported being able to better understand how their partner was feeling by associating different environmental factors, such as music, media, and the presence of stress. This also prompted participants to respond more appropriately to their partner’s emotions. In turn, we found that measures of emotional competence demonstrated a significant increase in the participants’ ability to regulate their own emotions.”

This study has the potential to benefit fellow researchers in further examining, operationalising and assessing experiences of augmented emotion communication beyond traditional settings.

“There is a growing interest in applying AI to human-centric computing, putting people at the centre of what we investigate. I believe that Neo-Noumena has great potential to contribute to research that will be of societal impact and benefit.”

Exercise is Vital for Mental Health and Wellbeing
Scroll to top