New ambassadors and a new Sydney studio for ‘Coaching Zone’. 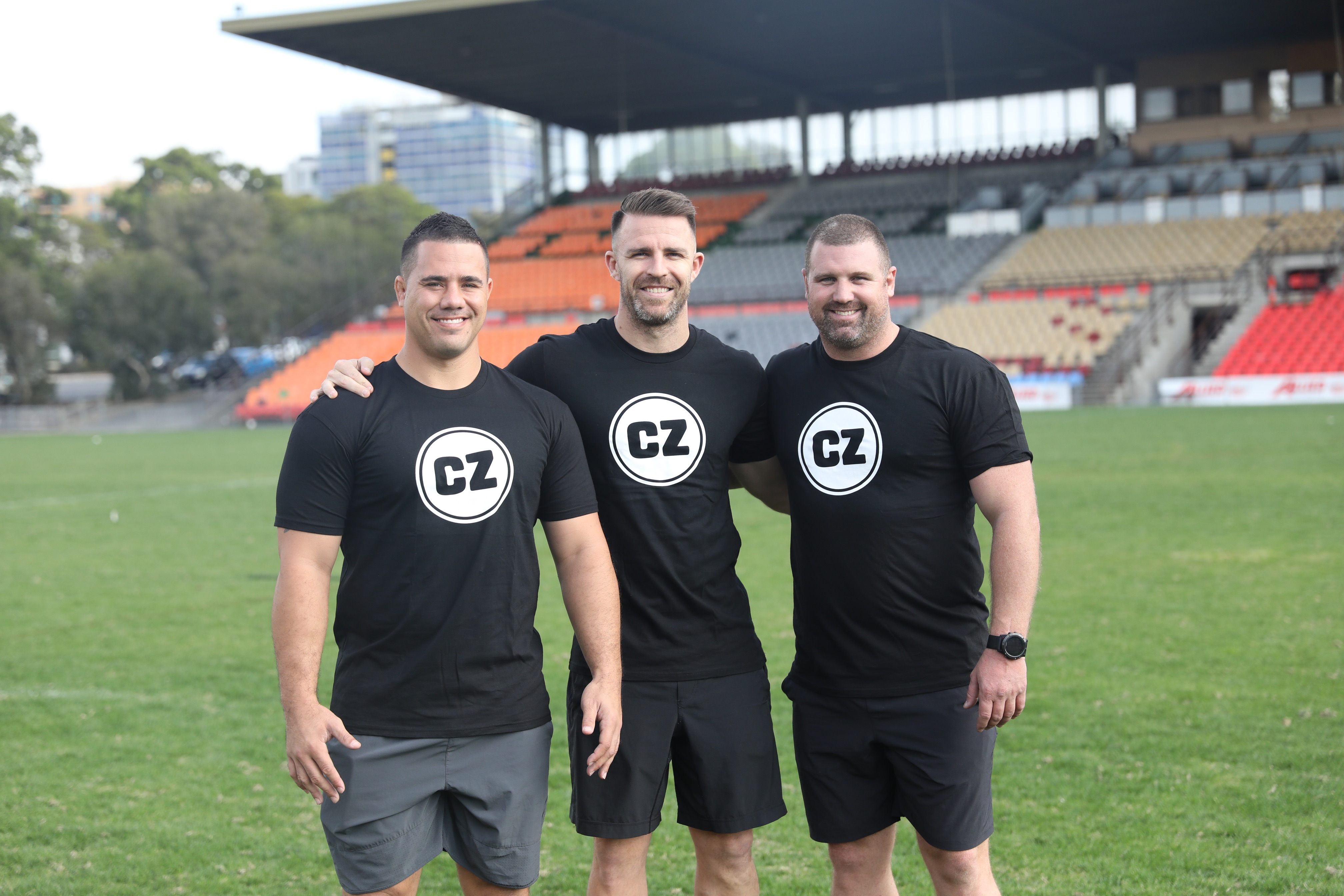 Fitness giant Belgravia Health has announced its second Coaching Zone franchise will open in Sydney and with it comes three new ambassadors.

Coaching Zone Five Dock will open on July 7 and will be owned and operated by the famous footy trio Todd Liubinskas, Bronson Harrison and Shane McLeod.

Former rugby league and union players, Todd, Bronson and Shane will also take on ambassador roles for the Coaching Zone brand as it prepares to grow nationally over the coming 12 months.

The Coaching Zone franchise opportunity first launched in April, with the first studio having opened in Victoria in May.

Prior to launching as a franchise opportunity, the Coaching Zone training platform was tried and tested within many of Belgravia Health’s Genesis clubs and grew at a very fast rate with 29 clubs introducing the concept in the space of 18 months.

Todd, who has been in the fitness industry for 15 years, says the true difference with Coaching Zone, compared to other offerings in the fitness space, is the scalability.

“Coaching Zone offers the total customer journey from entry level fitness training 1-2 times per week to a progressed version of training with multiple product offerings to cater to your training style and preferences. The big difference is the feeling and scalability to meet your training experience which is vital to keep you training consistently and smiling frequently.”

Bronson, who had 11 years with the NRL says there are correlations between Coaching Zone and professional sport.

“The concept of Coaching Zone certainly correlates with the team atmosphere, setting goals and breaking new ground that we see in footy. In an environment where you will experience a high level of support from your coaches and peers, it’s important to have people who share your passion and drive to achieve the task ahead. The most important message I would like to spread as a Coaching Zone ambassador is to start being active now and enjoy living your life, as fitness is a lifestyle which you have 100% control of,” says Bronson.

“Put the time and commitment into finding your right balance, focus on your goals, your achievements and what you have control of – the rest will sort itself out. I believe Coaching Zone could very well be a perfect match for anyone on their fitness journey at all levels.”

CEO of Belgravia Health Ian Jensen-Muir said the team was very excited about its first Sydney Coaching Zone studio and to have the support of Todd, Bronson and Shane was a huge bonus.

“These guys have a very strong presence in the Sydney fitness market and are well respected and established as trainers,” said Ian. “They will be integral to helping us grow the Coaching Zone brand and we’re honoured that they have chosen to grow their fitness business with us under the Coaching Zone banner and have seen value in the training model we have created.”

The Coaching Zone is integrated with the MYZONE heart rate monitoring system, which allows members to monitor their workout efforts both inside and outside the studio. The model offers online nutrition support, social events and has highly marketable sessions including the ‘Afterburn’ workout, which allows members to continue to burn fat for over a day post-workout. The new franchise offering allows the franchisee to run the Coaching Zone as a stand-alone studio with the backing of one of the longest standing names in the fitness industry. Support is provided for franchisees for payroll, accounts/accounting, billing, HR, uniforms, group buying and marketing. Coaching Zone requires a footprint of 200- 300m2 to operate (inclusive of amenities).

Todd has been in the Fitness industry for 15 years and is a former Rugby League and Rugby Union player from Sydney. He’s a current ambassador for Lululemon, Garmin, Qalo, Barbells for Boobs, BodyScience and Chiēf Bar. Todd has worked within the Strength and Conditioning sector with elite teams such as Qantas Wallabies, NZ Rugby League, Wests Tigers and Australian Touch Football.

Shane has been in the Fitness Industry for 18 years and is a former Rugby Union player. Originally from small town New Zealand, he has now called Sydney home for over 15 years. Shane has a real passion for developing fitness programs, educating and mentoring developing coaches in the fitness industry. Shane has worked across every aspect of the Fitness Industry, from being an instructor on the gym floor right through to Strength and Conditioning roles with elite sports teams.

Bronson has 11 years professional experience at NRL level to go with his 196 games and 13 tests for NZ Kiwi’s. Bronson was fortunate to be a part of some successful teams such as Wests Tigers 05 squad, NZ Tri Nations Squad 05, NZ World Cup winning team 08, NZ Four Nations winning team and was lucky enough to pick up the 2009 RLPA NZ International Player of the year. Bronson has a real passion for coaching, mentoring and development of people, which has resulted in ambassadorships with the NRL and Vocational Educational Training. Bronson has worked alongside NZ Kiwis Train on Squad for the past 3 years, NZ Maori Rugby League as well the Wests Tigers. Bronson is working with many schools in the development of health and fitness initiatives.

Coaching Zone is a specialised group personal training program combining training and coaching.   The latest technology and training techniques take the guesswork out of achieving results. A range of 45-minute workouts are offered, all of which are followed by 15 minutes of coaching to review members’ progress.  An online meal planning portal, social events and community atmosphere makes Coaching Zone a welcoming and encouraging training experience for its members.