Here’s why world-renowned athletes are buying Into 12RND Fitness 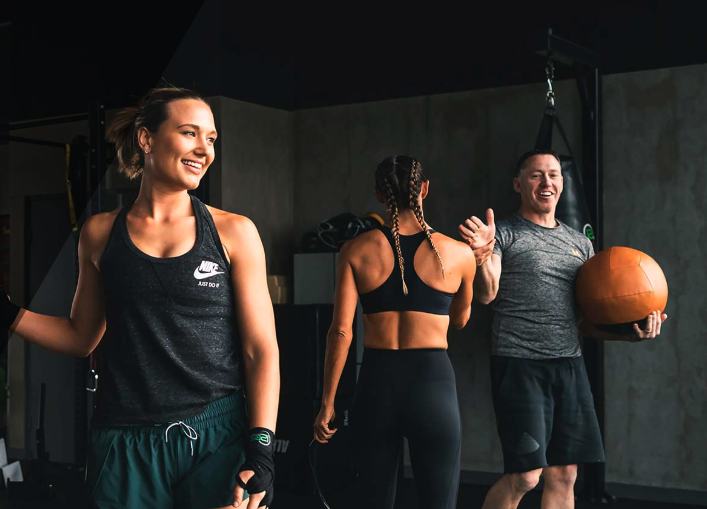 The fastest growing boxing and strength training provider has caught the attention of some of Australia’s leading athletes, with a dynamic, fun and results-based workout designed to unleash the ‘fighter’ within.

Since its inception in 2016, 12RND Fitness has grown to over 80 operating locations, making them one of the largest Boxing providers of all time and by far the fastest growing. Four-time world champion professional boxer Danny Green has been an integral part of developing the concept and top athletes, including a number of AFL stars including Collingwood’s Taylor Adams and Levi Greenwood snapping up clubs across the country.

Workouts replicate the physical demands of a 12 round championship bout: with 12 x 3- minute rounds and 30 seconds rest in between. Each workout includes both boxing and the strength training required to condition athletes to their peak ‘fighting shape’. Workouts last for 45 minutes with a new round starting every three minutes, meaning arrival times are flexible and work to your schedule.

Training methods have been designed to maximise results, allowing you to train like a professional boxer without having to be one.

The Exercise Scientists behind the programs ensure that the right amount of stress is exerted without fatiguing the body or burning out.

“Each day there’s a different workout which is based on a highly varied strength program, progressing through sports-specific training cycles. This is delivered by a coach on the floor who will lead members through all facets of the workout, correcting technique and working with you to immerse yourself in the exciting pursuit of mastering a new skill – boxing,” 12RND MD, Tim West says.

“We live in a time where there are more distractions every day, and this has led us into a convenience economy. Think of developments such as Uber, Netflix and Amazon Prime. It’s all based on convenience, allowing the consumer to choose how and when they engage with the provider. It’s no different in fitness. That’s where 12RND comes in, we developed a product that allows members to turn up any time during opening hours and get access to the coaches and training styles that have to date only been available to elite athletes.”

MD Tim West and CEO Michael Jordan are continuing to create strong alignments with sport and athletes. There have already been a number of high-profile players looking to open clubs across the country with more interest flooding in.

Find out more at 12rnd.com.au

Meet The Knog…
Scroll to top