Prior to gyms reopening in May, we surveyed 10,824 gym members regarding how they felt about returning to their gyms and their memberships. 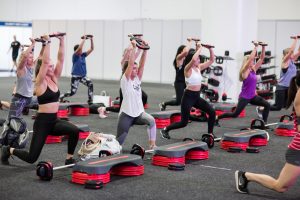 Four months later, we have surveyed 5,055 gym members to learn just how many members have returned since gyms reopened, plan to return moving forward, and have canceled their memberships. This survey was run on RunRepeat.com, between August 1st and August 13th.

If interested in interviews or additional data, please reach out to Nick Rizzo at nick@runrepeat.com, otherwise, feel free to use this data freely, we just ask that you reference this study.

Australia saw the greatest percentage of members returning with 52.80% having come back. The country with the lowest gym member return rate is America, with only 29.28% reporting that they have returned.

The UK had the greatest difference in return rates, with 27.36% fewer members returning than had originally planned. The US saw the greatest increase in cancellations, with 10.12% having already canceled their membership as of May 1st to 20.56% as of August 13th (10.44% increase).

When asked about their plans regarding their gym moving forward, more than half of all gym members stated that they don’t intend to return to their gym (55.29%).

Australia is the only country where more than half of the respondents have plans to return to their gym moving forward (54.40%) while Americans are the least likely (42.85%).

For more details on the study visit runrepeat.com/gym-members-not-returning

My Year of Living Mindfully
Scroll to top