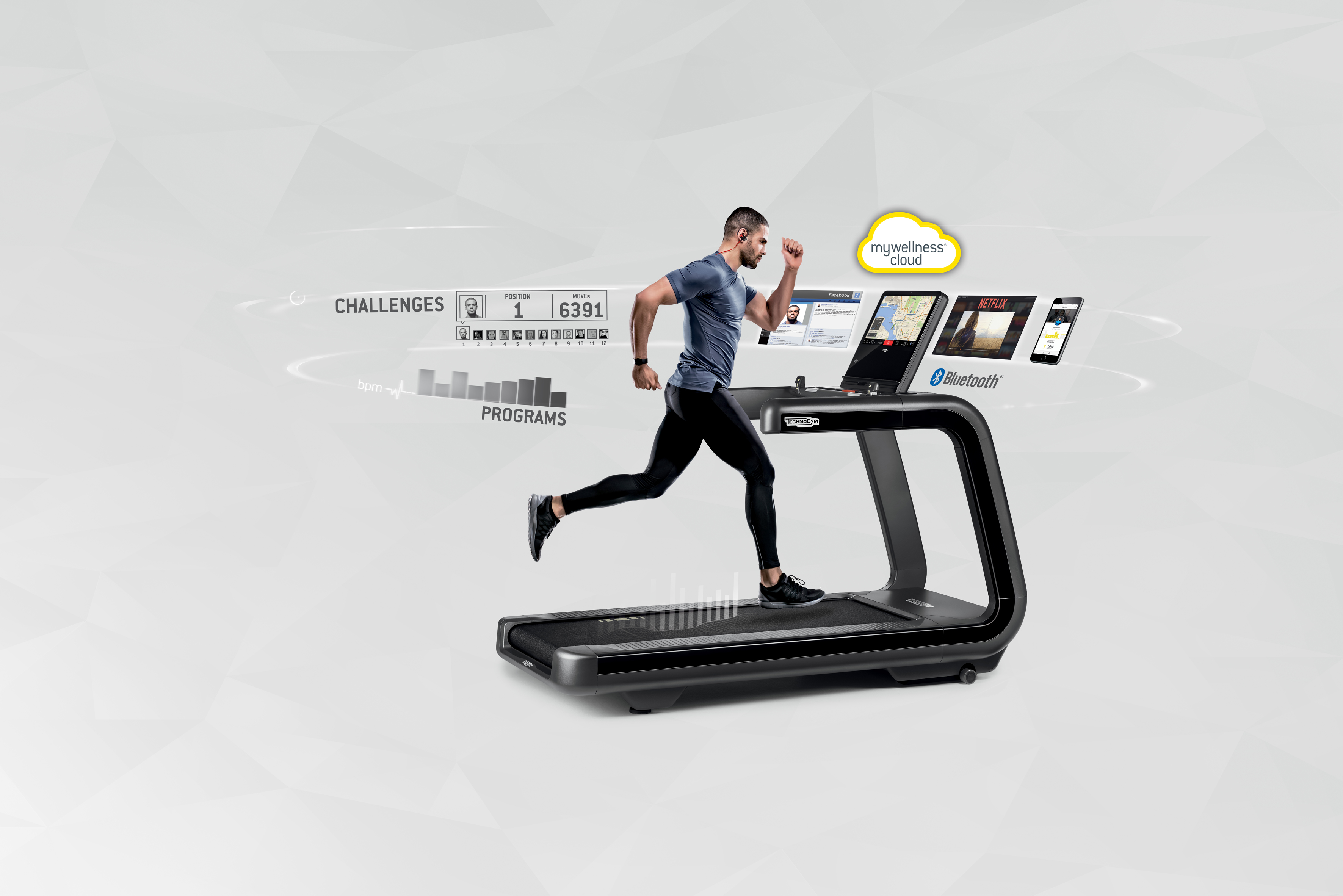 The Board of Directors of Technogym (MTA: TGYM), a globally leading company operating in the fitness equipment area and active in the broader wellness sector, has reviewed today the consolidated revenues of the first nine months of 2017, prepared in compliance with the International Reporting Standards issued by the International Accounting Standards Board.

“For more than two decades, Technogym has been promoting wellness, a sports and health-oriented life style, that represents an opportunity for both economic growth and social development. The consistency of the company strategy with this vision has enabled it to constantly grow over the years as well as to build an aspirational brand worldwide. Technogym performance continues to grow and to gain market shares, with rising rates and double digit results in the areas with greater future growth potential, such as the United States and China. The 360 degree innovation, from the product to the digital ecosystem, continues to be a key priority for Technogym which in 2017 launched new products like SkillRow and MyCycling as well as new digital applications. Together with my team, we are very proud to be moving toward the end of 2017 with the belief that it will be a milestone for Technogym 4.0.”

After the sales growth reported in 2016 and in the first half of 2017, in the third quarter of 2017 the Company posted a sizeable 7.5% consolidated revenues increase for the first nine months of the year compared to the first nine months of 2016. Technogym is growing significantly faster than the reference market and is gaining market share with respect to its direct competitors.

Of particular significance is the increase in sales posted in Latin America (+37.7%); positive are also the results achieved in North America (+11.2%) and Asia Pacific (+9.7%).

Following is a short analysis of revenues broken down by:

Field Sales and Wholesales continue to be the main distribution channels. The Inside Sales channel, with a positive trend in terms of technological platform, also showed growth with an outlook for further improved performance in the coming months. Retail, which has only a marginal weight in the business model of the Company, retains, for now, a show-room role in support of the other main sales channels.

In the third quarter of 2017, in line with the trend of recent years, approximately 90% of the total revenues of the Group was generated outside of Italy and approximately 40% outside of Europe.

Revenues showed growth in all the geographic areas. In particular, after the double digit growth of 2016 and of the first half of 2017, also for all nine months of this year, North America reported a strong performance (+11.2%) thus confirming the rising interest in the wellness solutions, offered by Technogym, by the most important operators of the Club, Hospitality, Corporate and Medical segments. A growth was also recorded for APAC (+9.7%). To be noted is the significant further improvement in South America which continues the trend of the first half year.

The Manager responsible for preparing the company’s financial reports, Stefano Zanelli, declares that, pursuant to paragraph 2 article 154-bis of the Consolidated Law on Finance (TUF), the accounting data contained in this press release reflects the Company’s accounts, books and records.

Established in 1983, Technogym is a world leader in the supply of products, services and solutions for fitness and wellness. The Company has approximately 2,000 employees in its 14 branches in Europe, United States, Asia, Middle East, Australia and South America, and exports around 90% of its products to more than 100 countries. Technogym S.p.A. has been the official supplier of the last six editions of the Olympic Games: Sydney 2000, Athens 2004, Turin 2006, Beijing 2008, London 2012 and Rio 2016.

Some statements in this Press Release could represent forward looking statements as defined by the Private Securities Litigation Reform Act of 1995. These statements concern risks, uncertainties and other factors which may lead to significant differences between the forecast and the actual results. These risks and uncertainties include, but are not limited to, the ability to manage the effects of the current uncertain international economic and financial outlook, the ability to acquire new activities and incorporate them effectively, the ability to predict future economic trends and changes in consumer preferences, the ability to successfully introduce and market new products, the ability to maintain an efficient distribution system, the ability to achieve and manage growth, the ability to negotiate and retain favourable license agreements and to deal effectively with currency fluctuations and changes in local market conditions, the ability to protect intellectual properties, to resolve issues with the information system, with risks associated with inventory, credit and insurance, with changes in the taxation system, as well as other political, economic, legal and technological factors and other risks and uncertainties already highlighted in our filings with the National  Commission for Listed Companies and the Stock Exchange. These forward looking statements were released as of today and we disclaim any obligation to update them.

Central Queensland University Warns Of Supplement Use
Scroll to top