The workout that’s taken the UK by storm is set to ignite Australian gyms in 2018. 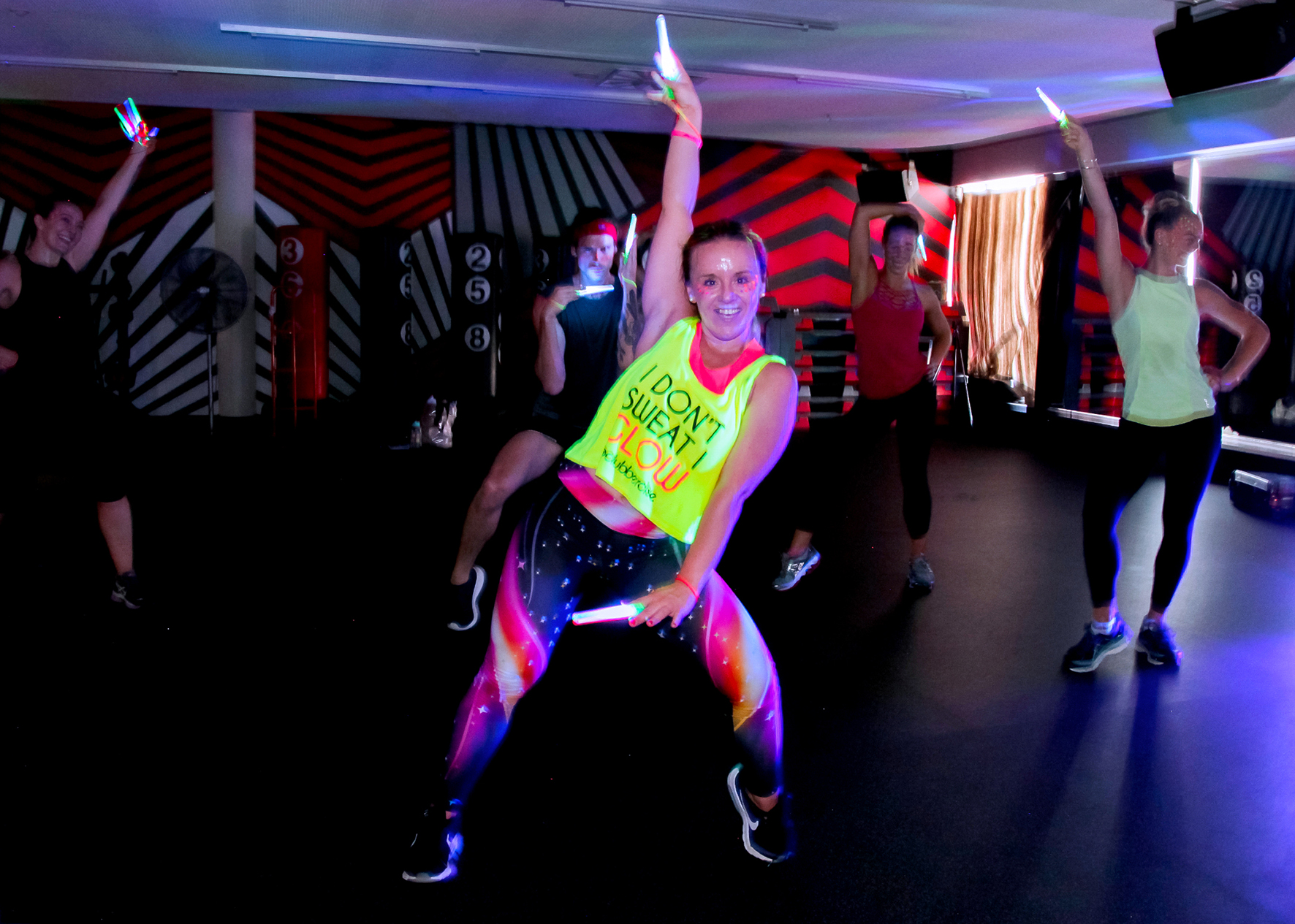 Clubbercise, a UK founded company, is changing the game in the fitness industry by combining fitness and clubbing in one fun, easy-to-follow workout. Classes are a fusion of dance, toning and combat moves taught with nightclub-style lighting and flashing LED glow sticks. For those who love to dance the night away clubbing or are too shy to dance under the spotlight, the darkened room combined with pumping 90’s and recent smash hits, strip away all inhibition, offering a fun way to stay healthy and exercise.

Over Christmas drinks in 2012, Claire Burlison Green and her friends were discussing that there weren’t any dance fitness classes that played the kind of music enjoyed in clubs on a night out. Always looking for a creative way to keep fit, Claire and her friends started putting together routines and playlists. Their ‘healthy clubbing’ classes started in mid-2013 and in 2014, Clubbercise training officially launched in the UK.

Clubbercise rapidly became wildly popular and within three years over 2,000 instructors from gyms, health clubs and dance studios were trained. Today there are over 100,000 people who regularly participate in Clubbercise sessions. In 2016 Clubbercise was introduced to Virgin Active clubs in Thailand and Singapore.

“We came up with the idea for Clubbercise when we realised we weren’t getting the opportunity to go out dancing as much as we liked to because of work and family commitments,” says Claire Burlison Green, Founder of Clubbercise. “It’s amazing to see how far we’ve come in three years. It’s hard for a lot of people to get motivated to keep fit, so creating a fun way to burn around 600 calories in a session has been a great way to get people excited about fitness. It’s not just exercise, dancing also releases endorphins and I absolutely love hearing our Clubbers say it’s changed them, physically and mentally.”

Clubbercise classes will be sweeping the nation in 2018, with the first Sydney training course delivered on 26th November at Virgin Active Frenchs Forest. The UK Lead Master Trainer, Sonique Smith, travelled to Australia for the Sydney course. Sonique has an impressive resume, having personally trained the majority of the 2,000 instructors in the UK and presented at some of the biggest fitness events in the UK and Europe. She was joined by Australia-based Master Trainer Jade Purdie. Together they trained fitness professionals from Virgin Active clubs, Fernwood Fitness gyms and freelancers.

The Clubbercise training course kicked off with UV face painting on arrival and alcohol-free juice shots to give trainees a pre-workout energy boost. “I had such an amazing workout and I felt so pumped, energised and sweaty,” says Melissa Neow, one of the trainees after experiencing her first Clubbercise class on the training course. “The best part is, it didn’t feel like a workout at all – just dancing and fun. It was exhilarating like being at a rave.”

“It was fantastic to see the Australian instructors get glowing during the training course!” says Jade Purdie, Australia-based Master Trainer. “Clubbercise has huge potential to gain fast momentum in Australia as Aussies love their fitness and are open to trying new things!”

Clubbercise is open to people of all ages, shapes and sizes. For those feeling disheartened after the Christmas holidays, Clubbercise is a great way to get back into the swing of things in the New Year.