Les Mills has unveiled plans to kickstart the fitness industry’s COVID-19 recovery with a new campaign to help clubs reactivate paused members and attract new ones. 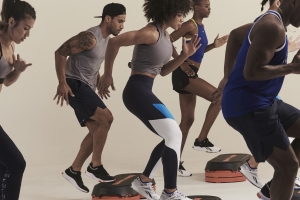 Expected to be the largest ever global fitness event, World United will see the synchronised launch of live and online fitness celebrations involving tens of thousands of fitness facilities and trainers worldwide kicking off from 19th September onwards.

The milestone activation will see clubs across the globe open their doors (or live-stream where necessary) to members and prospects for a thrilling day of fitness festivities. This will include the exclusive release of new United-themed Les Mills workouts, filmed during lockdown by 374 of the world’s top Instructors across 48 different countries.

For Les Mills Asia Pacific’s Club Partners, World United is a business accelerator, designed to support their relaunch strategies. It will help clubs to re-engage existing members and attract new ones through a marquee event that will dial up the fun factor and offer a strong PR hook for clubs to generate added buzz and publicity.

To help clubs successfully plan, promote, and prepare for World United launch activations, Les Mills has created a powerful World United campaign with photography and videos created by world-leading artists like Carlos Serrao. Clubs and Instructors can publicise their World United activities with a collection of marketing and relaunch resources, as well customisable event assets (print and digital) available from the World United campaign hub.

“The resilience and resourcefulness our sector has shown in helping the world to keep moving during lockdown has been truly inspiring, and we’ve been proud to play a part in supporting our Club Partners and Instructors with digital solutions to overcome lockdown.”

Multiple reports and post-lockdown surveys have shown that the social elements such as group fitness and interactions with staff, are going to be the biggest drivers of recovery for fitness businesses and health clubs. Because after so many months of being kept apart, communities are yearning for human interaction and deeper connections so a unique opportunity exists to nurture the social aspects of our industry’s offerings.

“With health now everyone’s top priority, there are huge opportunities for clubs to attract new members and emerge as a stronger and more vital cog in society than ever before. The World United campaign is all about helping the industry to usher in a new growth phase and that’s why there is no Les Mills branding in this campaign – it is designed solely to promote our Club Partners and their Instructors.”

Fitness facilities across more than 100 countries worldwide are expected to celebrate World United, supported by a string of international fitness icons, as well as the Prime Minister of New Zealand, Jacinda Ardern.

“Right now, we are obviously facing a major health challenge. But as we come out of this, exercise will have a vital part to play in uniting us, and keeping us both mentally and physically well.”

“Across the globe, you have all got an important role in making that happen, so thank you, good luck, and have a fabulous day.”

To find out more about World United visit lesmills.com.au/united

Les Mills is Hiring: Are you the Next Tribe Recruiter?